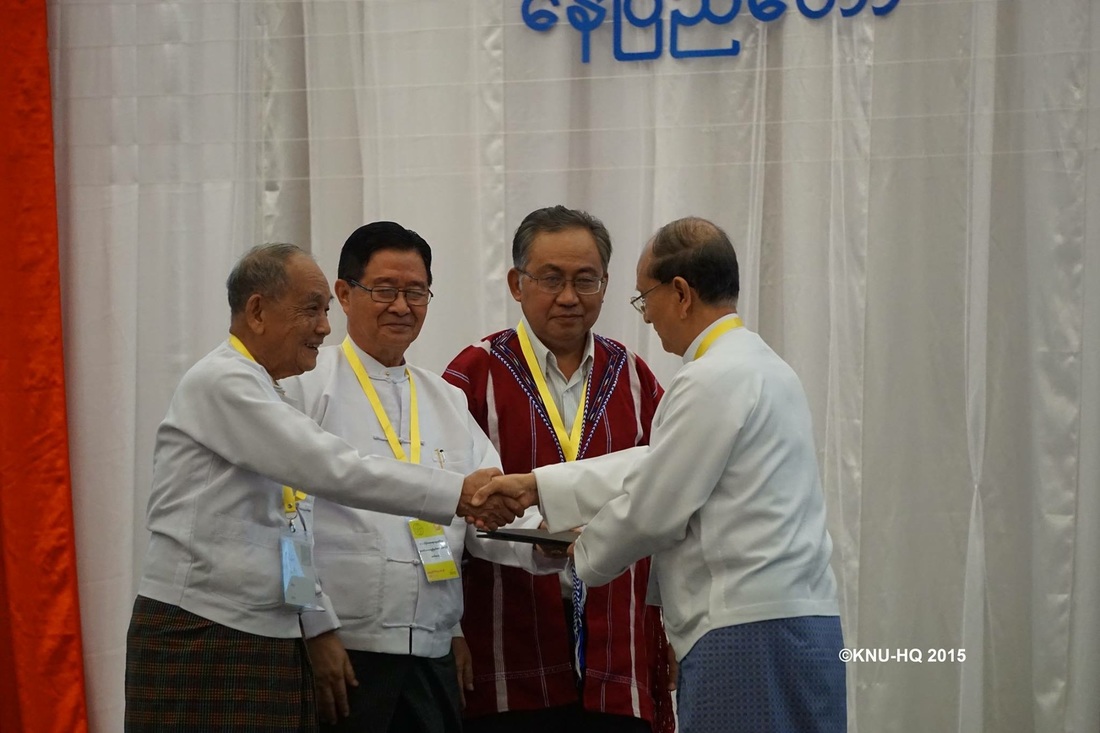 The Burmese “Framework for Political Dialogue” (FPD) was finally agreed upon yesterday, December 16th, by the Union Peace and Dialogue Joint Committee (UPDJC) in the country’s capital. The Framework was handed over to the President who will publicize the Framework and call for a political dialogue in mid-January 2016. The UPDJC will be mandated to hold the upcoming political dialogue with the participation of 700 representatives from the government, parliament, defense services, ethnic armed organizations, political parties, ethnic leaders and special invitees.

The final framework was drawn from the 5 frameworks developed by the main stakeholders over the past three years – military, NLD, political parties and ethnic armed groups. Over the past 8 months the representatives from each of these groups developed a common framework draft that formed the basis of this agreement. The meeting in January will be an initial meeting to comply with the provisions of the Nationwide Ceasefire Agreement signed on 15th October this year. The formal dialogue process will start in late 2016 with the aim to develop a new constitutional framework guaranteeing equality to all the diverse ethnic groups, addressing the shortcomings in the current 2008 constitution and addressing the deep-rooted causes of conflict of the past 6 decades.