This past month the people of Myanmar finally secured a “Free Burma” by giving Aung San Suu Kyi and her party, the National League for Democracy (NLD), an overwhelming electoral mandate to govern the country – ending more than six decades of military rule. In the week following her party’s historic achievement, Suu Kyi announced that, despite winning the vast majority of the open seats in Parliament, her party will not govern alone, but will form a unity government that will include her former “enemy,” the Myanmar Military, as well as leaders from the country’s ethnic minorities. 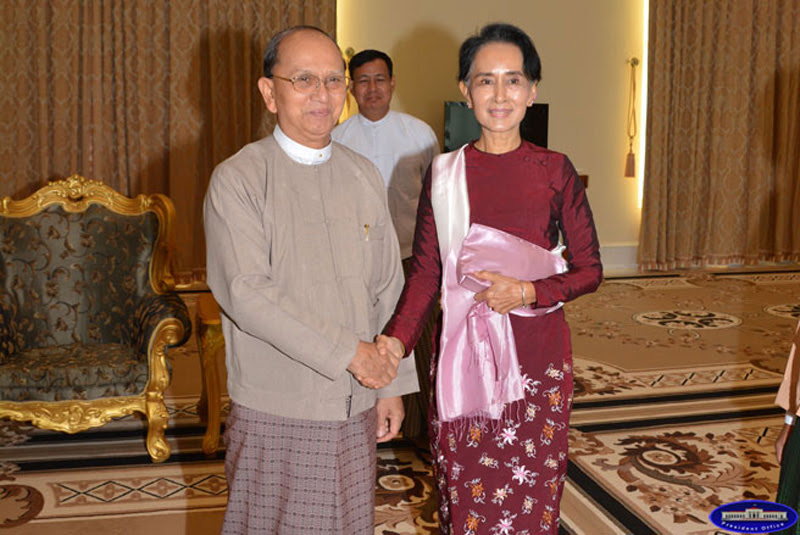 A confident Suu Kyi has since urged the NLD’s newly elected MP’s to join hands with those once responsible for persecuting members of the party. For Suu Kyi, forgiveness is a necessary step toward national reconciliation: “Whatever mistake they have made in the past, we need to give them the chance to change, instead of seeking revenge. If they are doing nothing wrong at the present time, they can join hands with us.”

The Military Government of U Thein Sein that opened the “democratic space” over the past four years did not expect such a dramatic defeat at the polls. And, the provisions of the current 2008 Constitution provide that the Military still holds 25% of the seats in Parliament and will keep control of the defense, home affairs and border affairs ministries when the NLD takes over the reins in April of next year. Suu Kyi’s relationship with Commander-in-Chief Min Aung Hlaing will be the center of attention for the months to come. Thus far, their relationship is off to a promising start. In their first meeting after the elections, both leaders expressed their willingness to cooperate. The military assured her that it will no longer play a “political” role.

On the international front, the NLD will face critical choices. Whereas the Military Government maintained close relations with China, the NLD is much closer to the West. The challenge for the NLD-led unity government will be to manage its engagement with the West and at the same time strengthen its relations with China. The NLD believes it would be a fatal mistake to choose between the West and China; rather, it should work hard to maintain good relations with both.

To meet the future challenges of Myanmar/Burma’s political transformation, the NLD will need to expand, strengthen and consolidate the peace process. Here are some key goals: bringing all of the ethnic armed groups who have been at war with the central government for decades into the Nationwide Ceasefire Agreement; creating an inclusive National Dialogue process bringing together all the groups and people of Burma to jointly agree on a future vision and a new constitutional foundation for the country; working towards national reconciliation; creating a strong judiciary that will root-out corruption and ensure justice, fairness and equality for all; and restructuring the economy to ensure that the country’s rich natural resources benefit all its people.

Whereas outgoing President U Thein Sein’s government focused on ending the civil war, the challenge for the new NLD government will be to build a sustainable and just peace process. This peace process must address the deep structural challenges and societal divides in the country. The next phase will have to go beyond the agreements of the past four years and build on the achievements of the democratic movement and the ethnic struggle of the past six decades.