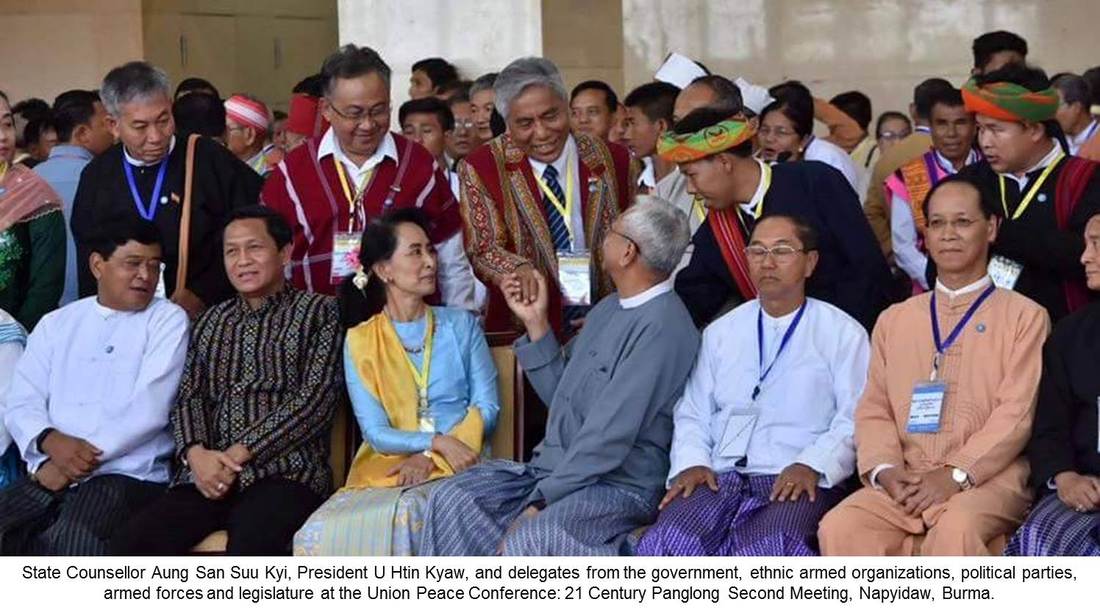 This past week, Burma’s Union Peace Conference reconvened for the third time in 18 months.   Known as the “21rst Century Panglong” (a reference to the 1947 meeting between Burma’s interim head of government, Aung San – father of today’s State Counsellor Aung San Suu Kyi – and ethnic leaders from the Shan, Kachin and Chin), the conference brought together an estimated 740 delegates, plus many non-seated observers, from throughout the country to engage in a comprehensive dialogue seeking to end the country’s ongoing violent political conflicts and establish a new federal structure for a unified, peaceful Burma.

After extending discussions by an additional day in an attempt to find solutions to contentious issues, the conference concluded Monday with a first phase agreement.  The “Pyidaungsu Accord” incorporated 37 high level principles that emerged from state and regional dialogues, including basic commitments to democracy and federalism, and fundamental principles covering economic, social sector, regional development and land and the natural environment.   Key sticking points among parties remain (including commitments to “non-secession”).   Not all parties to the nation’s conflict were present, 7 ethnic parties had left early.   In the next phase all parties will need to be engaged, and key issues and the modalities of power sharing and the country’s future federal structure will need to be addressed.