Christ in a Poncho: Testimonials of the Nonviolent Struggles in Latin America 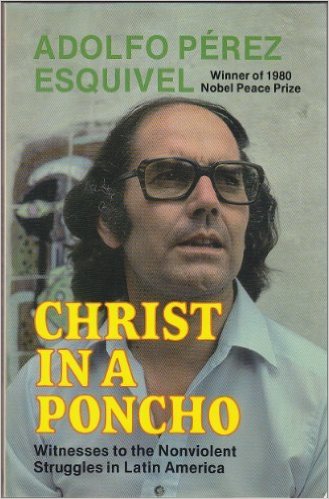 Description: “On October 13, 1980, the Nobel Peace Prize was awarded to Adolfo Perez Esquivel. To him it seemed that the Nobel Peace Prize had been awarded to all the oppressed of Latin America, to all those whose voice he wanted to be because they had no voice. That prize, as far as he was concerned, went to all who struggle for the human dignity of the little ones, for the human worth of people who are shoved out beyond the edges of economic progress and ‘marginalized.’ This is why he insisted that this book, written in collaboration with Charles Antoine, should include a great deal of testimony from the mouths of the poor themselves – of their own witness to the importance and meaning of their struggles.”