David Matthews Joins the Peace Appeal’s Board of Directors 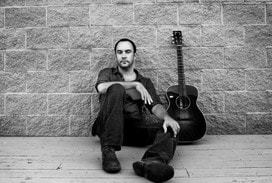 The Peace Appeal is pleased to announce that Dave Matthews has joined the organization’s Board of Directors.   Born in Johannesburg, South Africa, Dave became a naturalized citizen in 1980.  His family moved frequently during his childhood, spending time in the U.S. and England, in addition to South Africa.  Dave and his family moved to Charlottesville, Virginia in 1986 where he formed the Dave Matthews Band in 1991.

Born in Johannesburg, South Africa, Dave became a naturalized American citizen in 1980. His family moved frequently during his childhood, spending time in the U.S. and England, in addition to South Africa.  Dave and his family moved to Charlottesville, Virginia in 1986 where he formed Dave Matthews Band in 1991. Now celebrating their 25th year, Dave Matthews Band is one of the most influential bands in rock history. Dave Matthews Band’s infectious and distinctive sound garnered lots of early attention and a die-hard loyal fan base, catapulting the band into one of the most successful touring acts of the past two decades. Their latest studio release, Away From The World, bowed at No. 1 on the Billboard 200, making Dave Matthews Band the first group in chart history to have six consecutive studio albums debut atop the chart.  Matthews’ solo debut, 2003’s Some Devil, was certified Platinum and its lead single, “Gravedigger,” won a GRAMMY® award for “Best Male Rock Vocal Performance.”

In 2000, Matthews co-founded ATO Records, an independent label now home to Alabama Shakes, Brandi Carlile and more.  Matthews owns Blenheim Vineyards, a winery in Charlottesville, VA designed to have minimal impact on the environment.  He is also a partner in The Dreaming Tree Wines, which has raised over $1M for environmental groups since its inception in 2011.  A member of Farm Aid’s Board of Directors since 2001 (along with Willie Nelson, Neil Young and John Mellencamp), and The Wilderness Society’s Governing Council since 2010, Matthews is dedicated to conservation and environmental protection. In 2014, the National Fish and Wildlife Foundation honored him with its Chairman’s Award commending his environmental dedication.  Matthews serves as an ambassador for Turnaround Arts, a program of the President’s Committee on the Arts and Humanities.  Additionally, Matthews is a Presidential Ambassador for Citizenship and Naturalization. Matthews has played numerous benefit concerts and the band’s Bama Works Fund, along with his own Horton Foundation, have raised more than $45 million dollars for a wide variety of humanitarian and environmental initiatives.