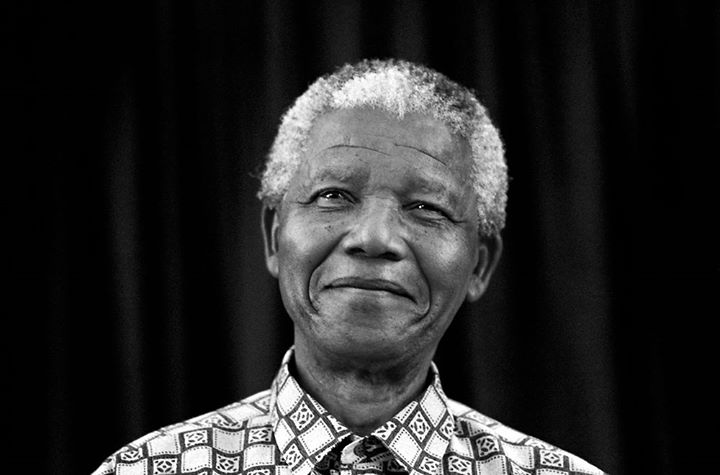 “Courageous people do not fear forgiving for the sake of peace.” The Power of Forgiveness
by Shirley Moulder and Derek Brown, (as printed in the Daily Progress, Commentary, 12/7/2013)

A generation from now when parents, teachers, politicians and others seek to describe moral courage and distinguished leadership, there will be one person from their lifetimes whose name will rise to their lips: Nelson Mandela.

There are very few true global heroes; Mandela was one.

Though millions across the globe have been awed and inspired by a man who chose reconciliation over revenge, moral leadership over personal gain, and justice over tyranny, Mandela was first and foremost a South African, whose dedication to his country has only been matched by his countryman’s reverence for and dedication to him.

In 1990, upon his release after 27 years of imprisonment, Mandela gave a speech in Cape Town demonstrating the qualities that would cement his reputation.  He concluded his speech with the same words that he spoke at his trial in 1964:

Mandela thankfully lived, leading his country in one of the 20th century’s most profound political transformations. In the process he has become an icon to much of the world for his statesmanship, his dignity, his tolerance and ability to forgive, and his commitment to non-violent political change.

His status as a global hero is all the more remarkable in our media-obsessed age, where leaders are subject to intense scrutiny of their personal lives, not just their political careers. No statesman or woman today has enjoyed the near uniformity of approval that was bestowed on Mandela.

Despite this seemingly heavy burden of respect, Mandela wore the label of hero lightly. He took the limelight when it was necessary, but was happiest when stepping back to let others take the lead. He often described himself as just “a country boy.”

Those who worked with him spoke of his ability to identify what was needed and to pursue it with single-minded determination. In his post-presidential years, he was a tireless advocate for children’s education, devoting much of his time to raising funds for new schools and education programs throughout South Africa and the world.

The most important legacy of Nelson Mandela, in his life as well as in his death, may well be his remarkable ability to bring parties of all persuasions together, ultimately transcending the deepest divisions, suspicions and even hatred — a skill that only grows in importance in our world.

His cohort of political activists, many of whom were defendants with him at the time of the Rivonia Trial in 1964, represented a multi-racial, multi-ethnic and multi-religious panoply of South Africa: black, white, Asian, Xhosa, Zulu, Jewish, Muslim, Christian. Following his release from jail, this cohort was transformed into a remarkable coalition that included representatives of the government that imprisoned him — a coalition that brought a post-apartheid, democratic South Africa into being.

Mandela’s ability to work across political divides in South Africa would have warranted him a special place in history by itself. Yet it was his extraordinary ability to inspire and connect with people that vaulted him into the rarest pantheon of global statesmen and women.

One of his many acts of political genius and moral leadership was portrayed in the movie “Invictus.” When racial divisions still threatened the dream of a united South Africa, Mandela donned the captain’s jersey of the South Africa’s newly minted world champion Springboks rugby team, and walked onto the field post-game — amidst thousands of white fans, many waving the nationalist flag of 1928  —  to present the trophy to the team. With this simple act, he managed to win over millions of skeptical white South Africans to the cause of a new, multiracial and democratic South Africa.

Even in these past months of his declining health, he brought unity amid diversity in his nation. Across South Africa, from the Johannesburg to Mandela’s ancestral home community of Qunu in the Eastern Cape, people have publicly honored the man many call “Madiba” (his ancestral clan name), or simply “Tata” or father.  In the all-white Afrikaner community of Orania in South Africa’s Northern Cape province (home until her death of Betsie Verwoed, widow the former Prime Minister Hendrik Verwoed, who was architect of the apartheid system), the community began praying for Mandela daily this past summer.

The collective reverence that has gripped most of South Africa these past months, and indeed much of the world, comes at a time when tremendous political divisions threaten to divide the country. (Less than 12 months ago, the cover of The Economist magazine featured South Africa with the cautionary heading “Cry, the beloved country,” raising questions about South Africa’s political and economic leadership). These challenges serve as a reminder that the South African national journey will be an ongoing project as it seeks to fulfill the vision that Mandela so tirelessly pursued.

The highest honor we can pay this extraordinary man, whether we are citizens of South Africa, the United States or elsewhere in our world, is to renew a commitment to his vision of democratic and free societies in which all persons live together in harmony and with equal opportunities.

Shirley Moulder and Derek Brown, based in Johannesburg and Charlottesville, respectively, are board members of the Peace Appeal Foundation, founded in 1999 with the support of five Nobel Peace laureates.

​Commentary and Tributes from around the globe….

(For the original statement and video of Archbishop Tutu’s remarks, please click here.)

Condolences: To uTata Mandela’s beloved wife, Graca Machel, his former wife, Winnie Madikizela, the children, grandchildren and great-grandchildren – and to all the Madibas – we express our deepest and most heartfelt sympathy on the loss of your paterfamilias, your patriarch. Although we collectively claim him as the father of our nation, and the pain we feel is similar to that of losing a close relative, he was your husband, your father and your grandfather. We pray that God will dry your tears and renew your strength. We thank you for sharing uTata with us. And we thank God for him. We are relieved that his suffering is over, but our relief is drowned by our grief. May he rest in peace and rise in glory.

People cared about Nelson Mandela, loved him, because of his courage, convictions and care of others’. He set aside the bitterness of enduring 27 years in apartheid prisons – and the weight of centuries of colonial division, subjugation and repression – to personify the spirit and practice of Ubuntu. He perfectly understood that people are dependent on other people in order for individuals and society to prosper.

He transcended race and class in his personal actions, through his warmth and through his willingness to listen and to emphasise with others. And he restored others’ faith in Africa and Africans.

Was Nelson Mandela an anomaly, an exception that proves the rule?

I would say, no. Certainly, he was exceptional. But the spirit of greatness that he personified resides in all of us. Human beings are made for greatness. Nelson Mandela embodied and reflected our collective greatness. He embodied our hopes and our dreams. He symbolised our enormous potential, potential that has not always been fulfilled.

Nelson Mandela was not a lone wolf, and he did not fall from the sky. He learned about leadership and culture growing up in the care of AbaThembu Regent Jongintaba after the death of his father. He learned from the experience of developing a voice for young people in anti-apartheid politics, and from physically prosecuting the struggle. He learned from the comrades who surrounded him, an extraordinary generation of leaders. To all of this, the crucible of prison seemed to add a deep understanding of the human condition and a profound ability to empathise with others.

Like a most precious diamond honed deep beneath the surface of the earth, the Madiba who emerged from prison in January 1990 was virtually flawless.

Did he have weaknesses?

Of course he did, among them his steadfast loyalty to his organisation and to some of his colleagues who ultimately let him down. He retained in his cabinet underperforming, frankly incompetent ministers. This tolerance of mediocrity arguably laid the seeds for greater levels of mediocrity and corruptibility that were to come.

Was he a saint?

Not if a saint is entirely flawless. I believe he was saintly because he inspired others powerfully and revealed in his character, transparently, many of God’s attributes of goodness: compassion, concern for others, and a desire for peace, forgiveness and reconciliation.

What will happen now that our father has died? Does it spell doomsday and disaster for South Africa?

To suggest that South Africa might go up in flames – as some have predicted – is to discredit South Africans and Madiba’s legacy. The sun will rise tomorrow, and the next day and the next… It may not appear as bright as yesterday, but life will carry on. As we enter the mourning period, as a nation, we do so with the greatest dignity and respect because that is what we owe Madiba and ourselves.

Over the past 24 years Madiba taught us how to come together and to believe in ourselves and each other. He was a unifier from the moment he walked out of prison.

He taught us extraordinarily practical lessons about forgiveness and compassion and reconciliation. The Rugby World Cup final at Ellis Park comes to mind, and his visit to Mrs Betsy Verwoerd, the widow of the architect of apartheid, for tea and koeksusters.

He taught us that to respect those with whom we are politically or socially or culturally at odds is not a sign of weakness, but a mark of self-respect.

As a mark of our respect for him, let us use this moment in our history to reach out to one another again, to prove to ourselves and the world that our greatness was not illusory – that it exists.

Let us love one another as we loved him. Let us celebrate Madiba, together, and not let him down.