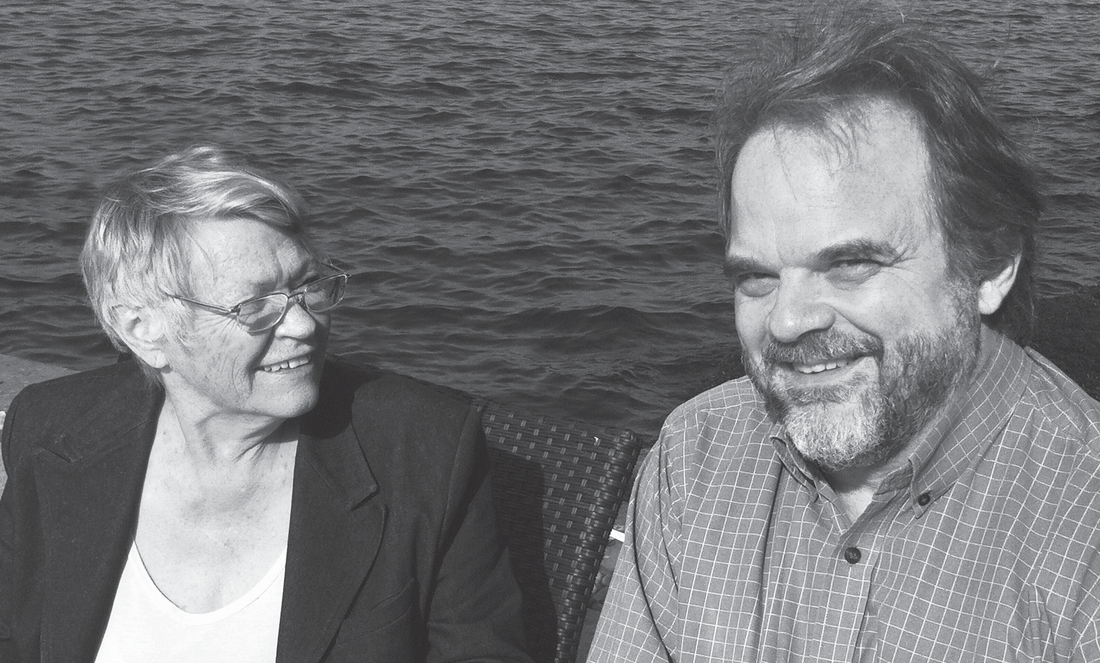 Hannes Siebert, co-founder and Senior Technical Adviser for the Peace Appeal Foundation spoke with fellow South African and Peace Appeal Foundation board member, Shirley Moulder on peacemaking and recent developments in the Middle East and Burma. These interviews are part of an ongoing research initiative into the role of peace and dialogue structures in peace processes internationally.

Q: What have been the important changes in peacemaking in the last two decades?

Hannes Siebert: We have seen an extraordinary increase in the number of people and institutions entering the field. When new conflict breaks out in a region or new peace processes emerge, one witnesses a huge international competition between major INGO’s and international agencies staking-out a role and space for them- selves. While there are positive aspects to this trend—new people with energy and more resources that can be deployed for peace— the trend sometimes has a
negative impact on national and local peace processes.

It is scarce in this competitive environment to find “peacemakers” who take time to understand all the human dynamics and the essential core of each process. Few are willing to stand in (or create) those spaces in the “middle” where the conflict is most intense, but the potential for conciliation the greatest. Far too many in this “field” have become part of an armchair industry where peacemaking or peace building is just another contract or project in which we trade in generalizations and second  hand knowledge.

But despite the prevalence of project based peacemaking, we have also seen the emergence of courageous peace activists, professionals and leaders in these conflicts who mediate and negotiate ceasefires, access to food, basic services etc. against all odds and at great risk of to their own lives. It is immensely encouraging and humbling to see and read of many such cases in Syria right now. Many of the “inside peacemakers” are getting abducted or arrested, but their numbers are
growing and they have become much more effective over the past years. It is common that when international agencies withdraw their people from wars because of the security risks, local leadership and activists increase their work and efforts to stop the conflict.

In the last 20 years there has also been a tremendous increase in the levels of education and understanding of various countries and conflicts around the world by international peacemakers and those on the inside. These individuals have advanced their education, they have studied their own and international conflicts, and they have dedicated themselves to peacemaking.

Q:  How are conflicts themselves changing?
​
Hannes Siebert: We are now in a “post post-colonial” era where the governments and leaders that replaced colonial era governments, are being replaced by new democratic forces. The old guard now being replaced was for the most part an incarnation of the strongmen who preceded them. These new movements are re-defining democracy, they are innovating new forms of representative governments, and many are re-considering the nation-state concept. But as each of these countries is trying to cut the umbilical cord from its former colonial powers, we see an increase in civil wars, some of which have become proxy conflicts exacerbated by the interests of new international powers.

With the increase of internal conflicts and “checkbook wars” (wars over natural resources and their transport), we have seen a reduction in external foreign mediation and an increase in national dialogues as tools of political transformation. With this
significant phenomenon, local and national peacemakers and communities work together to resolve their conflict by creating joint instruments, national dialogues and supporting peace infrastructures out of these local contexts.

Q: Where do you see national dialogues, and other types of joint peace instruments having an impact today?

Hannes Siebert: What we are witnessing now in Burma/Myanmar is the emergence of a national dialogue, including plans for a national conference after 60 years of civil war. This is a hugely significant development and is an authentic expression of the Burmese parties coming together to design their own framework for a peace process. This process does not negate the importance or value of mediation; for instance, mediation is being used in specific intrastate conflicts between the government and the Kachin and the Shan. These specific conflicts often still require mediators.  However, if you consider the situation as a whole, you are dealing with more than 18 armed groups and 16 ethnic political parties in addition to the mainstream opposition parties, democratic forces, the government and the army. You are potentially sitting with almost 50 political actors, all of whom are significant. The complexity in this sort of conflict is too multifaceted for mediation. It requires the creation of new structures and mechanisms that include all relevant actors.

Another example is Yemen, where the Yemenis, with the support of international stakeholders, have created a very good national dialogue conference that is in the end phase of what is really the ”first phase” right now. They will probably move on to the next phase early in the new year.  They have made substantial progress on many issues, but there are still many issues remaining, e.g. the issue of the South’s status and the issue of how many regions they will divide the country into in
a federal framework. But they have created the mechanism of a national dialogue to resolve conflicts and, despite tensions heightening in Yemen, people are determined to resolve their differences and build a new country!

Q: What do you see as the challenges for the international community in working to support these efforts?

Hannes Siebert: With the rise of new democratic and people’s movements and related national processes throughout the Middle East, in Egypt, Tunisia, here in Lebanon and now Libya, which has just appointed a national dialogue council, the big challenges for the international community is to re-define and re-visit its role as “mediators”. Our biggest contribution to each other is to walk these peace journeys together with the credible, emerging leaders and peacemakers in each country.

Q: What then should be the focus of international assistance?

Hannes Siebert: The key challenge is to create an inclusive, legitimate, and focused process that is disciplined and systemic. With a strong national peace and dialogue process in place or developing, it is clearer for international agencies how to provide meaningful support. National players need to carefully manage their international resources and ensure that the agendas of the “resources” do not manage them in the end.

Q: Tell us more about how these processes are developing, particularly the work in Lebanon?

Hannes Siebert: In Lebanon, the main stakeholders, government institutions and resource organizations addresses each of
the main root causes of the conflict through the Common Space Initiative—a research and dialogue mechanism and structure they jointly created. The key areas they work on include political, judiciary, and economic reforms, Lebanese-Palestinian relations (with almost 500,000 Palestinian refugees in Lebanon), and the development of a national defense strategy. The need expressed by the main stakeholders was to create a knowledge-based dialogue process that would produce policy options and new reform frameworks. We are fortunate to witness this evolving process at the Common Space and how it contributed to creating an environment for substantial political reform discussions and served as a deadlockbreaking
mechanism.

The support from Lebanon to the Syrian peace initiatives is at an early stage, but the urgency to respond to the needs of inside peacemakers is a strong driving force. The fires of conflict burned very high for very long, and are still burning very high, but we have begun to see encouraging signs of key individuals who are starting to work together, and more cooperation between UN Agencies and individual organizations. Unlike much of the work with refugees, which is coordinated mainly by the UN, the peacemaking work is led by the Syrians themselves and is gaining support from the international community.

Q: How best can we support these peacemaking initiatives?

Hannes Siebert: We need to support the peacemakers and mediators inside each country. They are the oxygen of every process. They need support for their processes, structures and survival. Some of them might need capacity support, to be exposed to other experiences that can help them in their strategy development, or simply need support to re-kindle hope and re-discover their own value in desperate situations.

If we look at the Peace Appeal Foundation’s work over the last decade, and reflecting on the processes from which it was born (South Africa, Northern Ireland and Argentina), our commitment to support national stakeholders and peacemakers and their emerging processes and structures remains the most constructive and valuable contribution one can make to assist the creation and building of peace. Our support in Sri Lanka, Nepal, Lebanon, Burma and Syria will always be guided and driven by the stakeholders’ and partners’ needs and the nature of our collaborative/peer relationships in each country.

Q: So the support mechanism serves to nurture local peacemakers, allowing them the space to create their own paths?

Hannes Siebert: Yes. These mechanisms, this support process, its central focus must be to aid local peacemakers, supporting the innovations that address the needs of their people, their conflict. That is where our support is quite critical. It is about supporting the creation of environments and common spaces that allow innovation and creativity in a peace process. It is not about coming up with models. For a long time, many people have been asking us, “Can we get the Common Space model?” Our consistent message is be wary of models, we are against them! It may sound counter-intuitive, but it is not. Yes, there are principles and lessons we learn from each process, there are many characteristics of the processes we have worked in that are similar, and each can learn from the other. But fundamentally you cannot short-cut the hard work of developing the framework for a process, of developing the structure and mechanisms and innovations for each of these processes. What is absolutely critical is that the emerging mechanisms, innovations and processes are deeply rooted within the context of the conflict, including the political culture, history, structure, past failures as well as current challenges and assets that they have. For national stakeholders, that context is where the innovation comes from. That’s the wonderful part of it – if we can play a constructive supportive role, we can contribute to their innovation. In essence what we contribute to is to enrich the creation of open frameworks of innovation for peace processes, mechanisms, structures and thematic solutions.

Q: Your description of the work reminds me of the wonderful quote from the Spanish poet, Antoni Machado, “Traveler, there is no path, The path is made by walking….”

Hannes Siebert: Yes, it is a step by step process of mapping the footsteps of the peacemakers in each country.