The Vision of Peace: Faith and Hope in Northern Ireland 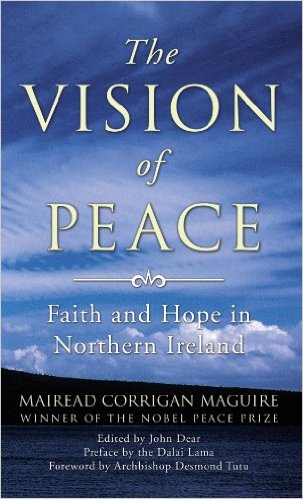 Description: The Vision of Peace: Faith and Hope in Northern Ireland is the first published collection of writings by Mairead Corrigan Maguire, winner of the 1976 Nobel Peace Prize. In October 1976 in Belfast, two of Maguire’s nephews and one of her nieces, all young children, were run over and killed by the car of an IRA gunman who had been shot by a British Army patrol officer. Maguire, a housewife, channeled her grief and rage by organizing peace demonstrations and marches that drew more than half a million people in Northern Ireland, England, and the Republic of Ireland. These demonstrations led Maguire to found the Community of Peace People to further the cause of constructive non-violence in Northern Ireland.