WHERE THERE IS NO PATH

Every partner of the Peace Appeal’s has been eager to exchange ideas with those who have travelled similar journeys. This thirst for knowledge stems in part from the isolation peacemakers face. They are charting an unknown path, since—by definition—peacemakers are addressing a problem that hasn’t been solved before.

Yet as unique a path each peacemaker must blaze, they simultaneously seek the guidance and experience of other peacemakers before them. Because, while all political conflict is inextricably linked to its local context, peacemakers understand that learning from each other may uncover otherwise unrealized solutions. 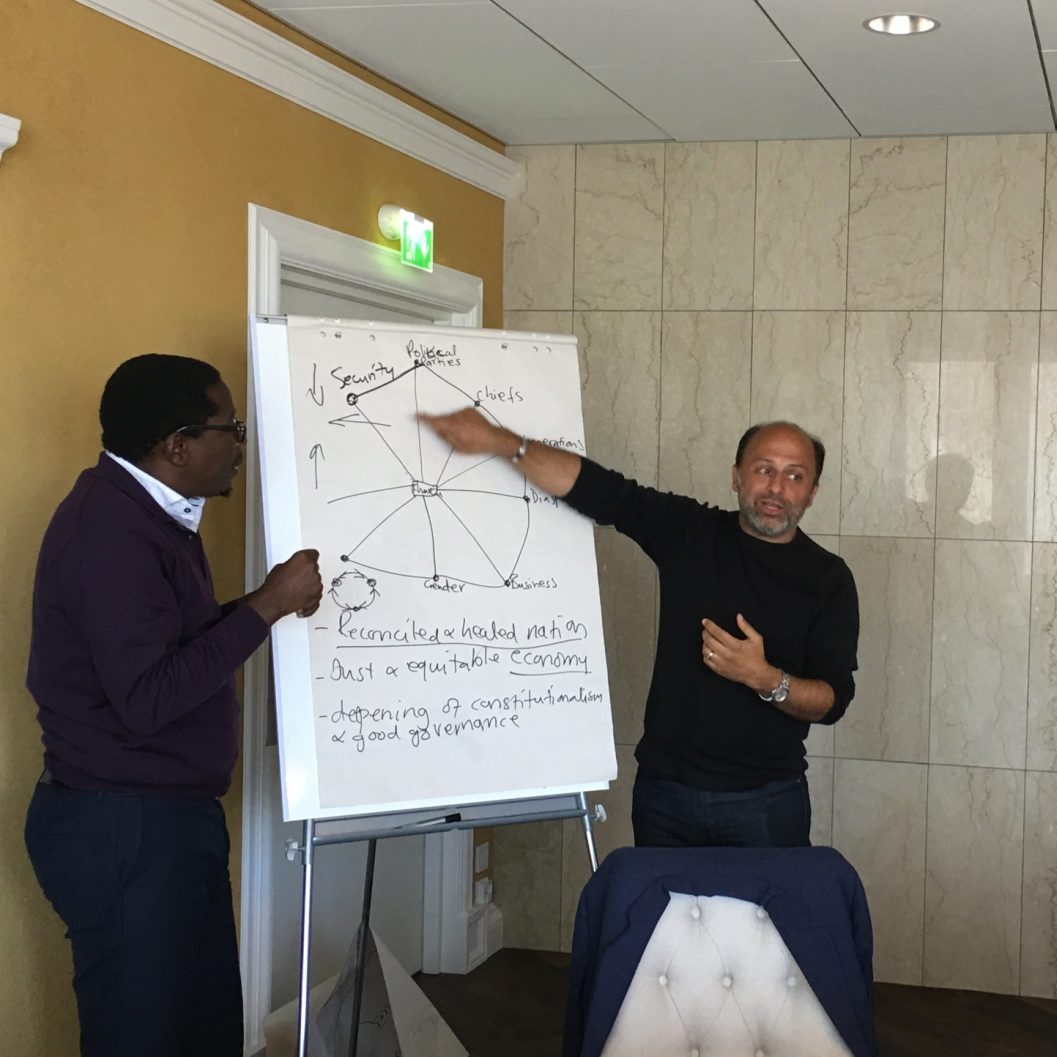 Beginning in 2011 and coinciding with the Arab Spring, peer-to-peer exchanges of peacemakers working throughout the Middle East and North Africa region became a core element of our collaboration with the Common Space Initiative in Beirut. These regional exchanges would soon light a spark for a larger global peace-building dialogue.

One of the most enduring and widespread knowledge sharing exchanges grew out of a 2012 meeting in Istanbul with a Finnish diplomat, Kimmo Kuljunen, who was the Special Adviser on Mediation to the Foreign Minister of Finland.

Learning of the Peace Appeal’s work in Lebanon, he recognized that there might be a fruitful exchange between the Lebanese stakeholders of the Common Space and peacemakers whom the Finnish government was supporting in Myanmar. The Peace Appeal collaborated with Kuljunen to arrange for a study tour that brought these two groups together in Beirut later that year.

In the wake of what was a productive exchange of ideas and experiences among the parties, the idea for an expanded gathering of peacemakers engaging with national dialogues was born. After a year of preparation, collaborating closely with our partners at the Finnish NGO Felm, the Common Space Initiative in Beirut, the Ministry of Foreign Affairs, and an expanded group of Finnish and other European partners, the first International Conference on National Dialogues was launched in Helsinki in March of 2014.

The first national dialogues conference brought together peacemakers from South Africa, Myanmar, Lebanon, Syria and Yemen to share their stories, frustrations, insights and hopes over a three-day period. Since that initial summit, the conference has been held three additional times, drawing in multiple other country experiences from Africa, Latin America, Europe and Asia, helping to amplify and deepen our understanding of a diverse set of practices and experiences with structured political dialogue as a tool for conflict transformation and peacebuilding.

Whether it is a global conference, bi-lateral exchange, or a local stakeholder meeting, knowledge sharing practices continue to be a core element of the formal and nonformal dialogues we support. Experience has shown that the creativity and innovation necessary to transform conflict is more likely to germinate when fertilized through a process of mutual learning and exchange of knowledge and experience with and among peacemakers.

Panelists at the 2019 National Dialogue Conference in Helsinki, Finland.